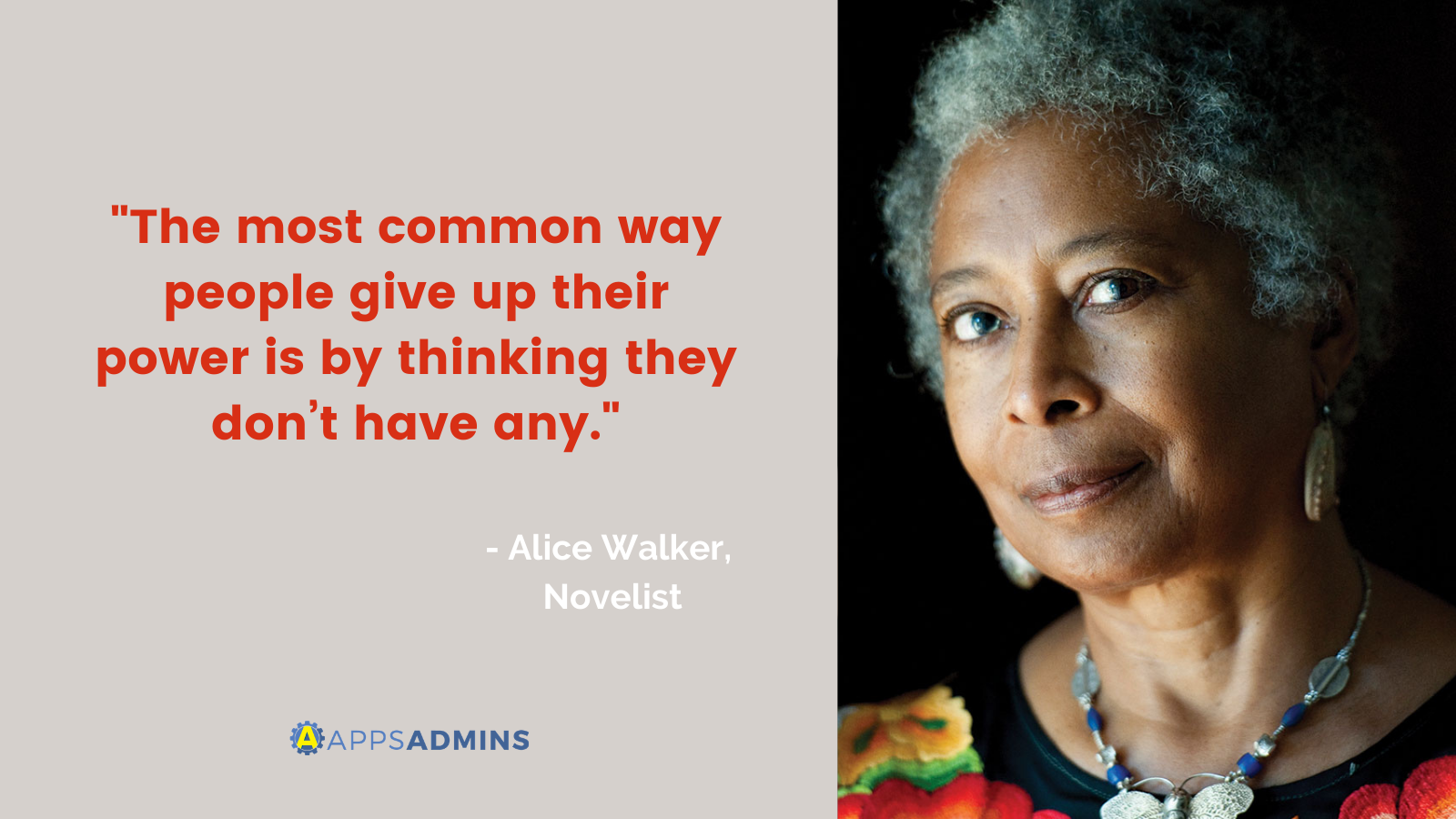 This week’s lady boss feature is Alice Walker, an American novelist, short story writer, poet, and social activist. Her works are noted for their insightful treatment of African American culture. In 1982, she published the novel The Color Purple, which focuses particularly on women, won the National Book Award for hardcover fiction, Pulitzer Prize for Fiction and was adapted into a film by Steven Spielberg in 1985. A musical version was produced by Oprah Winfrey and Quincy Jones which premiered in 2004.

Alice’s writing reflects her roots in Georgia, where Black vernacular was prominent and slavery and oppression were still practiced. While growing up, Alice was accidentally shot in the eye by a brother playing with his BB gun. Her parents, who were too poor, could not take her to a doctor for several days. By that time, her wound was so bad that she had lost the sight of her right eye. Her mother gave her a typewriter, allowing her to write instead of doing chores. She withdrew the world around her and found solace in reading and writing poetry. This handicap influenced her writer’s voice and became a meticulous observer of human relationships and interaction. She graduated as class valedictorian from high school and received a scholarship to attend Spelman College, where she studied for two years before transferring to Sarah Lawrence College.

After college, Walker worked as a social worker, teacher and lecturer. She became active in the civil rights movement, fighting for equality for all African Americans.  Alice Walker’s numerous poetry collections include Hard Times Require Furious Dancing: New Poems (2019), Taking the Arrow Out of the Heart (2018), Absolute Trust in the Goodness of the Earth (2003), Her Blue Body Everything We Know: Earthling Poems (1991), Horses Make a Landscape Look More Beautiful (1985), and Once (1968). Alice Walker is a feminist and vocal advocate for human rights, and has been defined as one of the key international writers of the 20th century.

If you're interested in knowing more about Alice Walker's life, watch the full video below by Open Road Media.