Rocking the G Suite for Cloud Next 2019: The Latest from Google Cloud

Regarded by some to be the biggest cloud event of the year, Google Cloud Next is a must-have mark on your calendar. This year, it's right around the corner, set for the 9th to the 11th of April live from the Moscone Center of San Francisco and around the world.   #CloudTogether

Don't be caught off guard by how early Cloud Next is this year, though. The event still promises to be packed full of exciting announcements, not to mention opportunities to network with some of the most inspirational partners, customers, developers, and influencers the community has to offer.

During Next 18, Google drew more than 23,000 excited attendees together for a conversation about the biggest upcoming enhancements in the Google platform. There were dozens of fantastic announcements to discuss, alongside hundreds of breakout sessions from partner and customer speakers. With just over a month to go, we thought it was time for a pre-Next roundup of the Google platform, and a look at what we might expect from the 2019 event.

During Google Cloud Next 2018, we saw announcements that stretched from new GCP app-building opportunities to platforms that allow any company easier access to AI. One particularly important theme of the 2018 event was "security" and protecting the cloud. Last year, Google announced the Titan Security key, Context-aware access, Shielded VMs, and Cloud Armor.

This year, we're not even at Cloud Next yet, and the security announcements are already coming thick and fast. In a recent blog post, Google announced a new range of Cloud Security Services, including the brand-new Web Risk API. The Web Risk API is a cloud service that allows apps to verify URLs against a rich database of suspect sites collected and managed by Google. As enterprises continue to face increasingly complex threat environments, the API will provide greater control for app admins.

Additionally, as more data makes its way into the cloud, all companies are feeling the strain to start modernizing their security strategies. In December 2018, Google Cloud introduced the Cloud Security Command Center. This year, there's been a series of updates to the tool, such as updated asset discover and inventory features, and risk alerts.

Google Cloud customers also have the opportunity to purchase a new cloud HSM device for their network too. Building on the beta release of the HSM in November, the invention enables vital management and cryptography within the Google Cloud Platform. The updated system now supports businesses in the EU as well as the US, ideal for companies that want to manage tougher privacy regulations.

It's not just security in the Google Cloud Platform that's seen an update of-late either. We're also seeing a host of new improvements to G-Suite and Gmail services too. For instance, on the 7th of March, Google announced a new level of Google Vault support for:

Gmail confidential mode was also announced on the 7th of March, in beta mode. Confidential mode gives users a better way of protecting sensitive content in email content by creating specific expiration dates for crucial messages. You can also remove options for users to download, print or copy content. The beta version of confidential mode is currently available for all G-Suite admins under User Settings.

In 2018, Google's Cloud Next Event explored the concept of bringing artificial intelligence to "every business" no matter what your background might be. With training and online prediction features, and Cloud IoT Edge, among other announcements, Google expanded on the opportunities in their intelligence framework.

It's safe to say that we'll see more announcements in the artificial intelligence area from Google from this year's Cloud Next event. Already, Google has introduced its new TensorFlow Lite product for developers who want to take advantage of intelligent solutions on IoT and mobile devices. TensorFlow Lite 1.0 comes with service improvements, like selective registration and faster, smaller model training solutions.

The Lite system starts by training artificial intelligence models on TensorFlow, before converting them into Lite models specifically for mobile devices. The Lite solution was first introduced in 2017, but it's been growing ever since. The Google team responsible for TensorFlow Lite recently announced the details of their roadmap. Going forward, we can expect to see everything from model acceleration opportunities, to Keras-based connection and pruning kits and more.

Kubernetes and Compute Engine Receive a Host of Updates

Speaking of the intelligence solutions available from Google, you probably remember a wide range of updates to the building opportunities in the cloud being announced during Cloud Next 2018. Last year, we saw partnerships with new Managed Service Providers like Oracle, as well as Intel and SAP collaborations. There was also an update to the Compute engine pricing model, to help companies better control their costs.

Google has started 2019 with a number of additional updates to the Compute environment, including features like:

General Availability of Node Auto-Repair: This feature, now generally available allows for periodic checks on the health of every node in your cluster. A node that fails a health check will prompt Google's Kubernetes Engine to immediately launch a repair process.

General Availability of Node Auto-Upgrade: You'll also be able to access automatic upgrades that ensure the nodes in your cluster remain up-to-date with the latest and most stable versions of Kubernetes.

Beta Availability of Kubernetes Engine Application-layer secret encryption: This new release will allow companies to apply additional layers of security to applications to protect sensitive data with a key available in your Cloud Key Management Service.

Beta Access to Guest Attributes in Compute Engine: Users can now allow scripts or applications are running in guests environments to publish data to the meta-data server.

Beta Access to Health Checking and Auto Healing for Compute Engine: Similar to the node auto-repair feature in Kubernetes, Compute Engine now offers general access to a function that checks the health of your applications automatically. This feature periodically verifies the performance of applications and uses auto-healing to repair issues as quickly as possible.

One of the biggest benefits that businesses unlock with the cloud is the ability to access seemingly endless amounts of crucial data. With the Google Cloud Platform, unlocking the power of data is easy. During Cloud Next 18, we saw the introduction of BigQuery Clustering, data sheets connections and more.

Google also introduced BigQuery Machine Learning, a new capability which brought together the obvious connections between data analytics and artificial intelligence. Aws more companies continue to focus on implementing the actionable insights they collect from business data; we're bound to see more updates in both the analytics and AI areas. The beginning of the year has already brought a number of new opportunities to Google users via solutions like Cloud Composer, the Cloud ML Engine and more. For instance:

Speaking of data and the importance of it in the business environment, it's fair to say that migrating information isn't always easy. Although the many announcements made at Google Cloud Next in 2018 covered a range of different segments in the GCP environment, they all had an underlying purpose - to make the cloud more valuable for end-users. Going forward, we expect to see more announcements from Cloud 19 that make accessing the Google Cloud Platform as easy as possible for businesses of all shapes and sizes.

For instance, on March 5th this year, Google announced the Beta launch of their new first-party data transfer product, G-Suite Migrate. The migration system helps admins to audit and plan their migration strategy so that they have the confidence to transfer large amounts of essential data into their G-Suite experience. The Migrate technology builds on the AppBridge technology acquisition that Google made back in 2017.

With G-Suite's new Migrate feature, Admins will have the freedom to securely and confidently move large amounts of organizational data into G-Suite environments. This means that moving into G-Suite can be easier than ever. G-Suite Migrate offers assistance with everything from Assessing and scanning source environments, to tracking migration progress.

Finally, the theme of Google Cloud Next is often transformation. That could mean the individual digital transformations that businesses go through as they make their way deeper into the cloud or the transformative tools that Google delivers to areas like IoT and AI. It even refers to the disruptive modes of productivity and collaboration that Google provides through the immersive experiences offered by G-Suite.

As we approach Cloud Next 2019, we're sure to see even more transformative announcements ranging from artificial intelligence to computing, G-Suite and more. Google is even helping people to use their solutions to create new and impressive transformative tools of their own. For instance, Google recently introduced the BigQuery sandbox, a free-to-use pathway that allows students and new users to experiment with the possibilities of BigQuery at no cost.

As companies continue to collect more data to fuel everything from machine learning opportunities to better customer service, many are using the BigQuery warehouse as the only solution capable of scaling rapidly to their ever-changing needs. The flexible BigQuery system comes with everything you need to protect and harness your data, including a robust web-based interface for running dataset queries.

Today, users from all backgrounds can explore the benefits offered by BigQuery with no need to make any financial commitment at all. The Sandbox gives you access to the same computing power that you would get as a paying customers. You'll also have the option to run SQL queries over small and large datasets while taking advantage of new features like BigQuery Geospatial information systems, and BigQuery Machine Learning.

According to Google's latest announcement, the BigQuery Sandbox offers up to 1 terabyte a month in experimental capacity, as well as 10GB of free storage. Of course, you won't get every feature available on BigQuery with the sandbox, but it's a great way to test out your options.

Looking Forward to Cloud Next 2019

We're barely 3 months into the year, and already the announcements from Google have been sensational. It seems safe to say that this year's Google Cloud Next is going to be bigger and better than ever. We can't wait to see what's announced at the upcoming event, and we'll, of course, be on hand to discuss all of the exciting innovations as they unravel.

In the meantime, if you need help making the most of your Google Cloud environment, reach out to the Coolhead Tech team today! 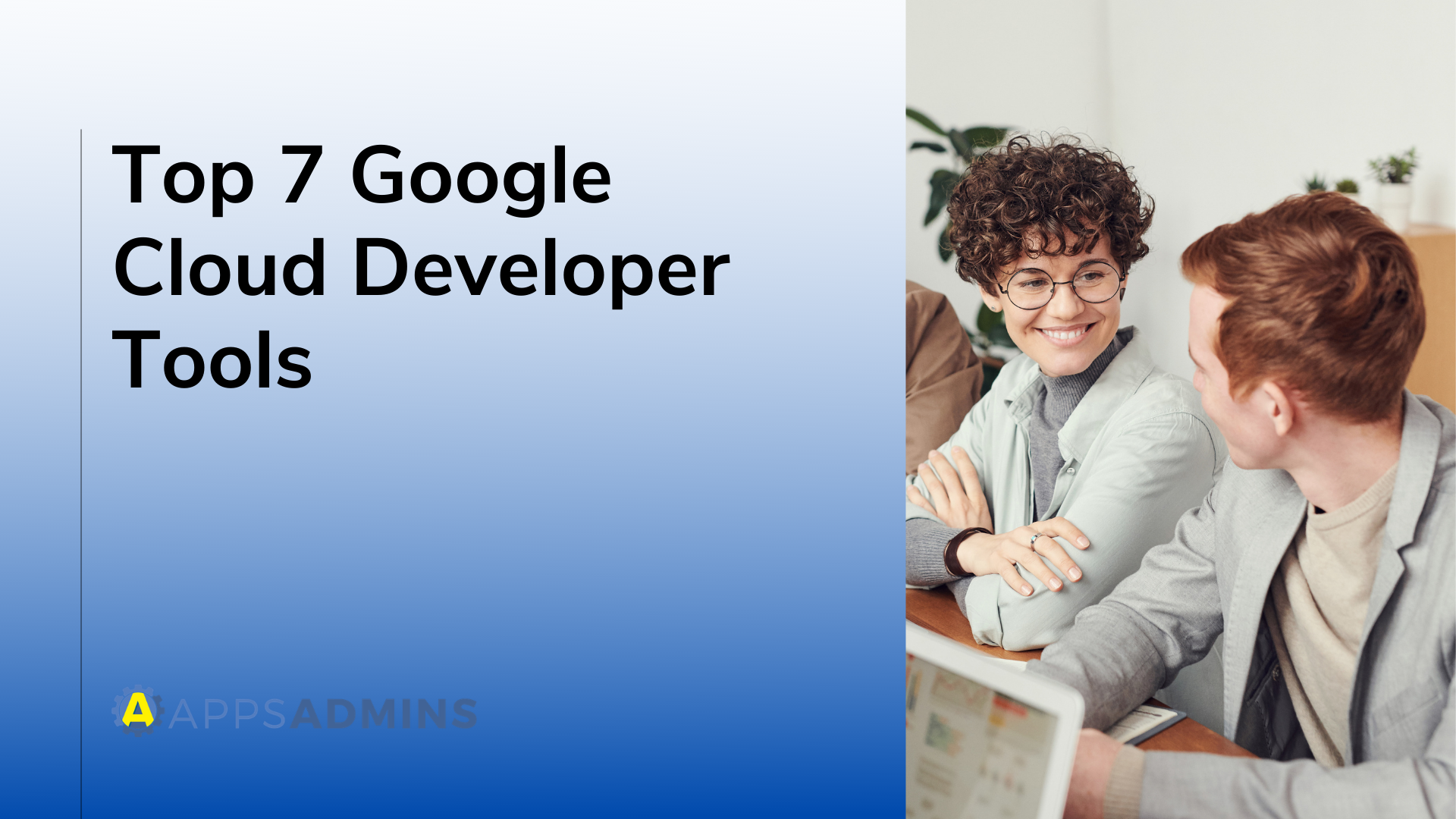