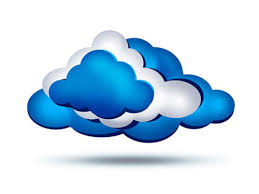 Just like with any service, Google Apps for Business runs in to its own troubles from time to time. Luckily these don’t usually impact business operations in a major way. Google has also shown in the past that they are quick to respond to issues and develop patches for them.  Here are some known issues that Apps Admins should be aware of.

Google Apps administrators have one of the most exciting jobs in IT today. These administrators are on the front line of support for one of the most cutting edge productivity suites, and they also get to face some challenges in supporting and setting up users across different domains for whatever companies they might be working for.

For a Google Apps administrator, one of the challenges is being aware of, and staying on top of the issues that currently exist not only from an end user’s perspective, but from within the administrator functions of google apps. We’re going to take a quick run through of the current known issues affecting Google Apps Administrators, and how they can easily work around these.

Extended downtime when upgrading a user to Google Apps for Business

If you’re upgrading a current Google Apps user from the free version to Google Apps for Business, there will be a delay in the changes becoming available to the user. This delay could be up to 48 hours in some cases. This is a known issue caused by the time it takes to migrate data and initiate the upgraded features. Users should be advised that upgrades may take up to 48 hours.

Administrators should also schedule upgrades with potential delays in mind to reduce the impact on users.

There’s an error when trying to access the DNS Console

There are some administrators who have reported a redirect when trying to access the DNS console from within the Google Apps Admin Console.

Admins who are experiencing this issue should use the direct links below to manage their domains.

Administrators are unable to access their Advanced DNS Settings

Here’s a rare example of a current issue with no known workaround available.

Google’s engineers are aware of this issue and are currently working on a fix for this problem. If you’re an affected administrator, use this link to log the issue with Google.

The best thing an administrator can do is to be aware of the current issues, and implement the workarounds when they are relevant to their own users. Admins are also advised to regularly check Google’s known issues page and use the included links to indicate if they are affected by a particular issue. These links are a simple yet effective way for Google to identify the scope of an issue and can sometimes help to prioritize fixes.